Passenger service agents at Envoy and Piedmont worked hard last year to get language included in the FAA to protect agents from assault. The language included ensures that airlines develop clear procedures for reporting verbal and physical abuse of agents, immediately notifying law enforcement and stopping passengers involved in violent incidents from proceeding on to the aircraft before law enforcement has assessed the situation.

Just last week, the Government Accountability Office (GAO) released a report titled “Information on Passenger Assaults against Airline Customer Service Agents at Airports.” The report looked into crimes of violence committed by passengers against airline customer service agents while they perform their duties at airports. Of the 104 passenger service agents interviewed by the GAO:

The report illustrates why our brothers and sisters fought so hard to get language on assault in the FAA. However, the fight to protect passenger service agents is far from over. CWA is working with companies to implement policies to protect agents.

This week the PRO Act (H.R. 2474) will be marked-up in the House Education and Labor Committee.

CLICK HERE TO CALL your Member of Congress, TODAY, and show your support for the bill by sharing the social media graphic below: 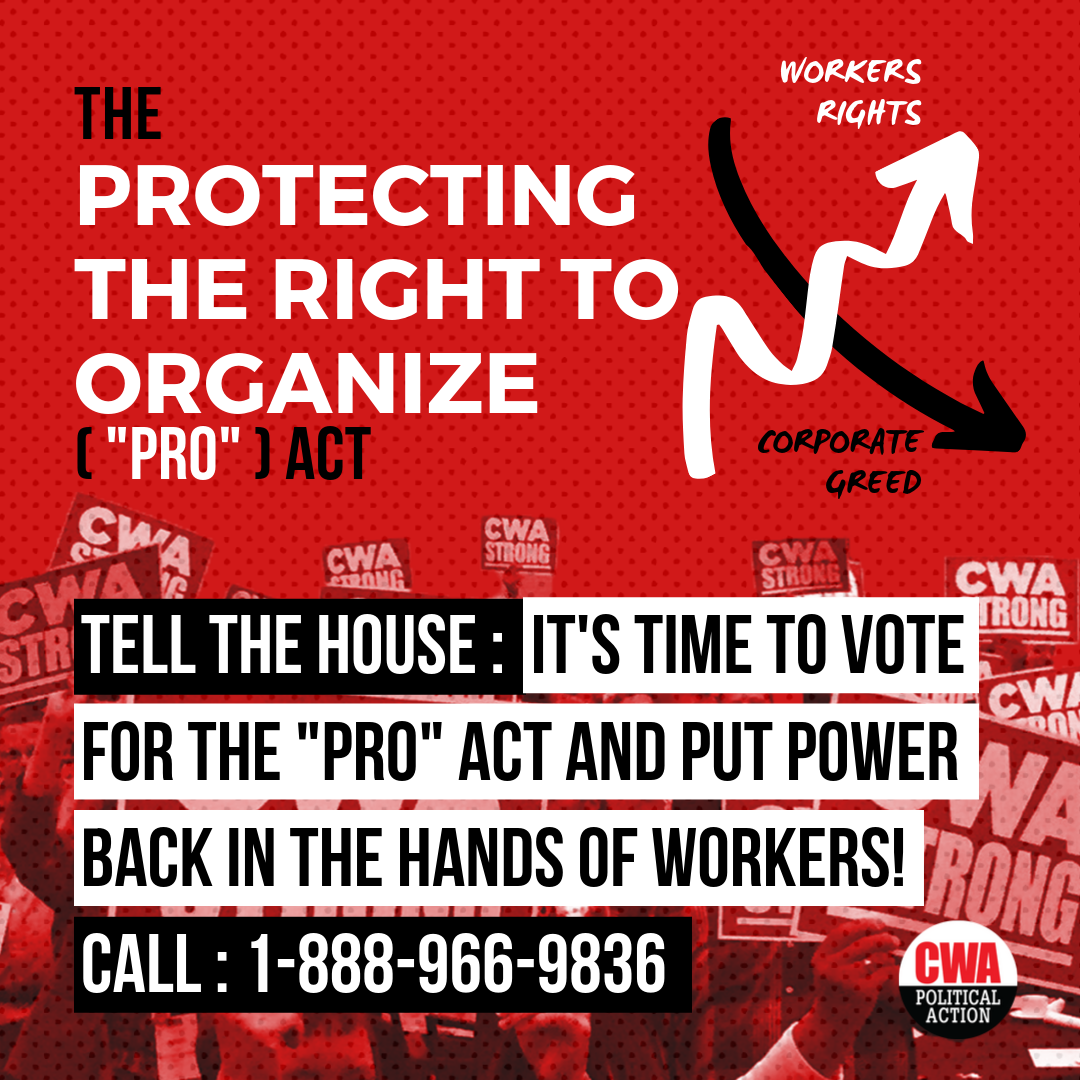 My rights as a worker include dignity, fair wages, healthcare, and safety! I will NOT stop mobilizing, organizing, protesting, and striking for worker’s rights! TELL CONGRESS TO PASS THE Protecting the Right to Organize (“PRO”) Act (H.R. 2474), TODAY: bit.ly/PROActCWA 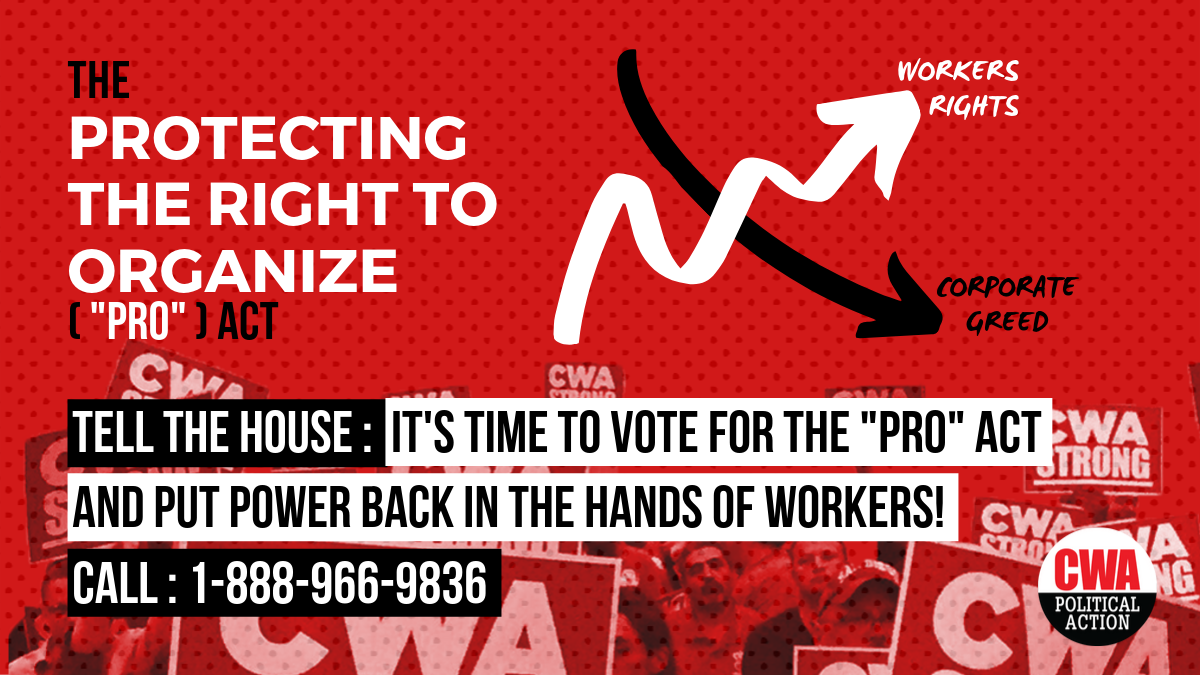 I deserve dignity, fair wages, healthcare, and safety! I will NOT stop mobilizing, organizing, protesting, and striking for worker’s rights! TELL CONGRESS TO PASS THE Protecting the Right to Organize (“PRO”) Act (H.R. 2474), TODAY: bit.ly/PROActCWA #CWAStrong #PROAct #1u

Congresswoman Pramila Jayapal represents Washington’s 7th Congressional District. Jayapal is an activist, the first Indian-American woman to serve in the U.S. House of Representatives, and a former representative of the 37th legislative district in the Washington State Senate from 2015 to 2017. The Congresswoman is an ally of working people. She stands with CWA members in California, working at T-Mobile, who are in the process of forming a union and supported CWA D-3 members, who work at  AT&T, that decided to go on strike.
The Congresswoman fights every day for workers to have power, dignity, and to get their fair share. Jayapal speaks openly about the need to strengthen unions and the rights of workers to organize. She introduced the Stop Wall Street Looting Act earlier this year, which would crack down on abuses by private equity and hedge funds like Alden Capital, which is destroying newspapers staffed by NewsGuild-CWA members and Elliott Management, which is currently pushing to cut jobs at AT&T. She helped lead the fight against the 2017 tax cut for billionaires and companies that send jobs overseas.

The Worker’s Friend? Here’s How Trump Has Waged His War on Workers [Article]
The Coming Wave of Primary Challenges to Corporate House Democrats [Article]
North Carolina Gerrymandering Trial Could Serve As Blueprint For Other States [Audio]

Click HERE to subscribe to the CWA Collective Briefing. OCTOBER 8, 2019 ARCHIVE | PRINT CORRECTION: We want to apologize! In the last issue […]